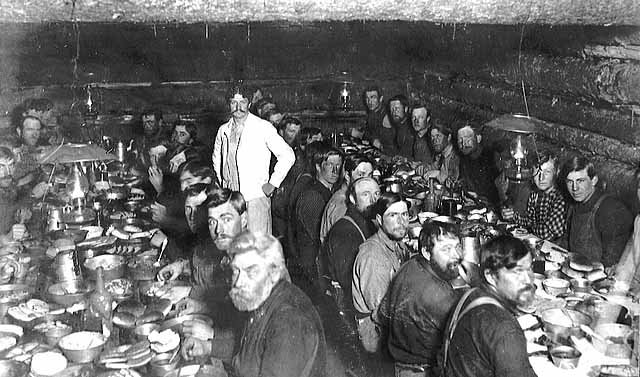 Many of the young men would move to off-island in search of better work in the bygone days in New Brunswick. Those people who don’t have any land for farming would look to go off-island. This is a story of Jimmy Doyle who was born in Summerville just a month before the World War I started in 1914.

Doyle was one among 7 children for his father. He went to work at an early age of 12 and earned $12 a month. It was a dairy farm where he used to get up early in the morning to milk 5 to 6 cows. He then would work in the field till dinner. He said that he had worked all along on barefoot then.

After the World War I, the situation got even worse. He had to go to St. Martins in NB and joined a shipbuilding industry. He worked hard for six days a week along with 70 men. It was a very hard work that involved chopping of logs and transporting it to the shipbuilding area. It was a lumber camp and Doyle enjoyed what he did.

He said that he was well fed at the camp and enjoyed his work at the NB lumber camp.

About the Author: Erin Phan

Erin Phan Is a researcher and law student at York University (TORONTO). She has worked as the Director of the Graduate Lawyering Program. She worked for American law firms in Moscow, Russia for three years. Hegraduated from Columbia Law School, Columbia School of International and Public Affairs and Harvard College. She research interest is in human rights and health law, with a particular focus on the law and policy of vaccination.