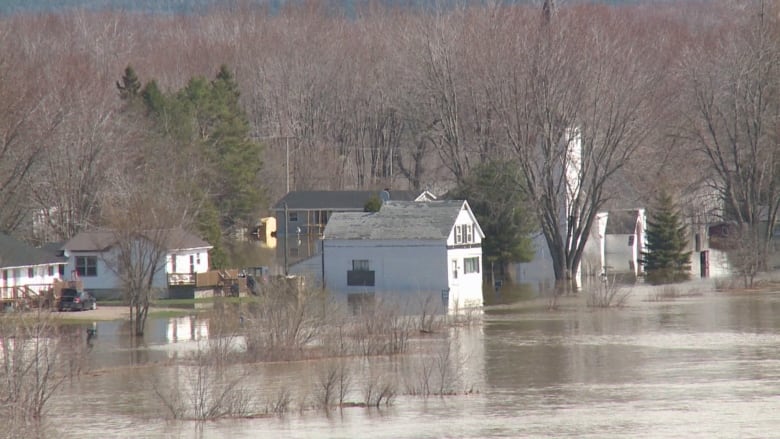 Flooding of Saint John River has affected several communities living along the river. The residents are stranded as many basements are soaked in flood water and homes have become a real mess.

Earl LeBlanc, a 76-year-old widower from Maugerville, said she cannot see anything except water everywhere. According to government officials, just like Fredericton that has been experiencing flooding from last Friday, Maugerville, Sheffield, Jemseg, Oak Point, and Grand Lake had exceeded the flood-stage levels. On May 1st, the New Brunswick Emergency Measures Organization (EMO) has issued “high alert” for residents of the southern regions of the Saint John River basin as water levels were expected to rise in areas including Saint John, Quispamsis, and other communities.

According to EMO, there are chances for the areas which have experienced the flood in the past may have similar or worse flooding conditions in the next few days. A voluntary evacuation notice has been issued for the residents of the City of Saint John. The evacuation notice will affect at least 1,900 residents. Local traffic and emergency access to the Saint John city is already limited, but is expected to get completely stopped due to excessive flooding.

The water levels reached to 8.24 meters at The City of Fredericton on Tuesday.  The government offices were shut down on Monday as parts of downtown was flooded.

About the Author: James Brittain

Joe Mollen s is the lead editor for Quebec Daily Examiner. He holds a B.A. in Psychology from the University of Toronto, and a Master of Science in Public Health (M.S.P.H.) from the School of Public Health, Department of Health Administration, at the University of North Carolina at Chapel Hill. John specializes in environmental health, but writes on a variety of issues.